November 4, 2021
Margaret Boyle, Associate Professor of Romance Languages and Literatures; she will be joined by her co-editor Sarah Owens, Professor of Hispanic Studies at The College of Charleston
Health and Healing in the Early Modern Iberian World: A Gendered Perspective

Open to faculty, staff, and students who have card access to H-L Library. 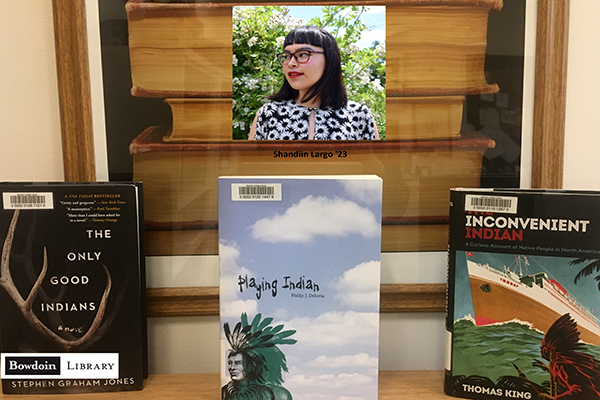 Visit our Indigenous Peoples Collection display* on the first floor of H-L Library.  The BIPOC display highlights materials held at the Bowdoin Library. 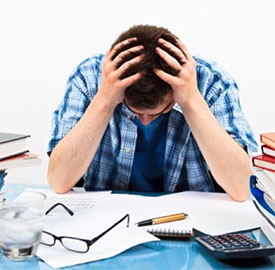 Workshops Offered This Fall for Endnote
and Zotero!

Attend a citation management workshop and learn how to…

All sessions are held in the Electronic Classroom, Basement Level, H-L Library

For questions about EndNote, Zotero, and citation managers or to arrange an individual session, please contact: Karen Jung. 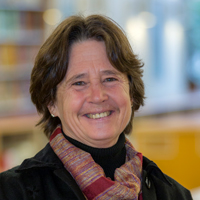 The Bowdoin College Library lost a beloved member of its family with the death of Judy Montgomery, who was killed in a tragic car accident along with her husband Paul D’Alessandro and their cherished dog Sparrow, on May 26th in Lewiston.

Judy had retired from the college library in January 2017 after a remarkable 38-year career.  Her affiliation with Bowdoin began in the summer of 1978, when she was hired by then College Librarian Arthur Monke as a government documents assistant (the job category was Typist).  She and Paul had moved to Brunswick after both completed their library master’s degrees at Kent State University.  They had been inseparable since meeting during their first week as undergraduate students at Valparaiso University, where, I have come to learn, Paul patiently edited Judy’s papers and introduced her to his favorite poetry.  While Judy’s professional life was centered in the world of academic libraries, Paul’s career flourished at the Portland Public Library, where he served as a reference librarian specializing in government documents.  Playing to his considerable strengths, he was also the book selector for the poetry collection, a task he particularly relished.  In his work, Paul set a standard for professional excellence and camaraderie that made everyone feel part of the library family—patrons and colleagues alike.  He was both respected and loved throughout his tenure, and his rich sense of humor and boundless intellectual and natural curiosity were sorely missed when he departed after many years of service to the Portland community.

At Bowdoin, Judy’s abilities and talents were soon recognized, and it wasn’t long before she was moved from government documents into the professional position of Catalog Librarian.  In 1985 she was promoted to Assistant Librarian and then in 1994 promoted once again, this time by my immediate predecessor, Sherrie Bergman, to Associate Librarian.  With each new role, Judy’s engagement with the library both deepened and broadened.  Over the years she played a major part in shaping programs and services in reference, instruction, collections, and technology—including managing the project to implement the library’s first online catalog and coordinating the introduction of electronic databases to the campus.  She was also instrumental to library building projects, including the renovation of Hawthorne-Longfellow Library and the planning of the Hatch Science Library.  The annual Children’s Celebration of Martin Luther King Jr., which she created and stewarded for 17 years, was a significant contribution to the community and brought her great joy.

There was little at the library that escaped Judy’s participation.  She twice served as Acting College Librarian and she was a key player in a number of collaborative Maine library initiatives, including the Colby-Bates-Bowdoin partnership (CBB) and the Maine Shared Collections Cooperative.  Over the course of her long tenure, she served the college as a member of multiple project teams, search committees, working groups, and task forces.  In recognition of her service, she was honored with the 2012 McKeen Center Staff Award for Commitment to Community, the 2013 Polar Award for Leadership, and, upon her retirement, the title of Associate Librarian Emerita.  Judy’s service was not limited to the library and the college, however.  She worked in many capacities on behalf of the broader Brunswick Community, most notably through her commitment to Tedford Housing, including serving on its board of directors.

As a leader, a colleague, and a member of the Bowdoin community, Judy consistently focused on furthering the library’s mission, with the college’s faculty and students at the forefront.  She strove for excellence and always had the best interest of the library and its users at heart.  She brought her intelligence, creativity, generous spirit, sound judgement, and resourcefulness to bear on everything she approached.  I can say without fear of exaggeration that her impact was felt in every nook and cranny of Hawthorne-Longfellow and the branch libraries.  Upon my arrival at Bowdoin in 2013, I immediately took note that the most-uttered phrase among the library’s staff was “ask Judy.”  And for months following her retirement, I was not alone in thinking “what would Judy do?” when a thorny issue presented itself.  This was due not only to the institutional knowledge Judy had developed over decades, but to the expectation that when turning to her, one could be assured of a reasoned, thoughtful response to a question or concern, as well as the offer of a helping hand.

Judy’s extended community of friends and colleagues is left with a profound feeling of loss, particularly given the tragic, senseless accident that led to her and Paul’s deaths.  Each of us can derive solace from having had the privilege of knowing, working with, and learning from her, and can honor her memory by striving to model the way in which she lived her life.

–Marjorie Hassen, Director of the College Library, on behalf of the entire Bowdoin Library staff

The Bowdoin College Library would like to delight, intrigue, comfort, and cheer you with “Read to Me,” a series of readings by Bowdoin College staff.  Each week, we will record and share a brief reading—poems, stories, artist’s books, and more.

For five consecutive days in April, while the college was enduring the COVID-19 crisis, Bowdoin students helped us celebrate National Poetry Month by reading a favorite poem live on Facebook.  We invite you to have a listen. Let these voices lighten your day.

April is National Poetry Month, and what better way to celebrate than to hear poets reading their own poems. Each day in April, the Bowdoin Library will share one reading at a display in H-L and on this web site. May you find comfort, resilience, enchantment, and connection through our offerings.

As we celebrate poets and poetry, we also express our esteem and gratitude for the organizations who have made recordings of poetry readings freely available for us to listen to, including the On Being Project, the Academy of American Poets, the Poetry Foundation, lyrikline, From the Fishouse, Poetry Out Loud, Open Culture, the Library of Congress, Internet Archive, iBiblio, BBC, and more.

National Poetry Month is sponsored by the Academy of American Poets, and 2021 marks the 25th anniversary of the event.

The BIPOC collection display highlights materials held at the Bowdoin Library and represents an opportunity to increase the inclusivity of Library collections from a student perspective. Thando has curated this inaugural display, which focuses on themes of motherhood and speaks to her childhood disappointment in not finding someone like herself among the literary characters she most admired.

Through conceiving of and curating the display, Thando hopes to “increase representation and show children of color everywhere that they can see themselves slaying dragons and saving the world in a way I never could have dreamed.” In conversation with Carmen Greenlee, Humanities and Media Librarian, Thando will speak about the theme of the display and her selection of books included in it and read selected passages.

Did you know that the Library has institutional subscriptions to several leading newspapers?

As a current student, faculty, or staff member, you can enjoy access to current and archival content, apps, and more!

Normally held under the Calder mobile in H-L Library, our annual Pop-Up Poetry event took a turn this year.  For five consecutive days in April, while the college was enduring the COVID-19 crisis, members of the Bowdoin community helped us celebrate National Poetry Month by reading a favorite poem live on Facebook from their homes or offices.  Let these voices lighten your day — have a listen…