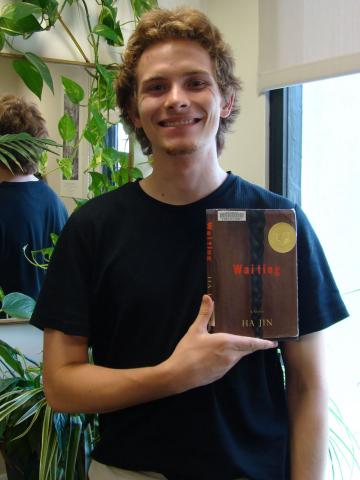 Heading for study abroad in Beijing in the fall, I thought it might be wise to read up a little on the culture that I’m about to immerse myself in. The fact that “Waiting” by Ha Jin is one of the most banned books in China made it just that much more intriguing. As I found out, the story is rather straightforward: impossible love cloven by ties of filial piety and duty. However, the twist is in the portrayal of the characters—all decent despite their flaws. Instead it is the hypocrisy of Chinese society, its backwards idioms and absurd rules that lie as the culprit, dooming each character to a proper yet insufferable existence.