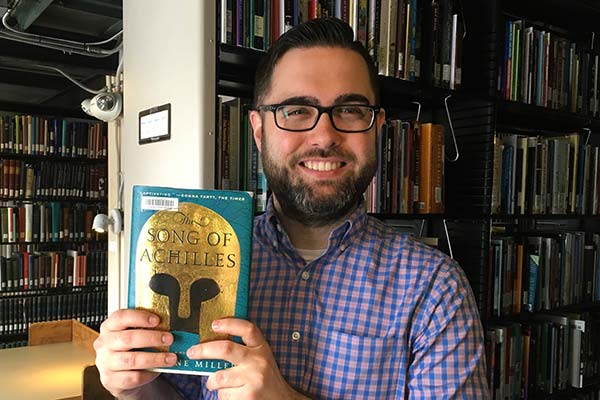 For the past year I’ve been developing a fascination for Greek mythology. I think it probably started last summer when I read The Penelopiad by Margaret Atwood. It tells the story of Homer’s Illiad from the perspective of Penelope, wife of the hero Odysseus, who waits 20 years for her husband to return home from the Greek Trojan war. After that, I started following some mythology podcasts, which ultimately led me to the book I am currently reading, Song of Achilles by Madeline Miller (actually, I’m listening on audiobook). The novel is also a retelling of Homer’s Illiad about the Greek Trojan war and it focuses on the famous hero Achilles. However, the narrator is a lesser known character named Patroclus. In most Greek stories he is a close friend of Achilles but in this version they are intimate lovers. The book often reads like a guilty pleasure teen romance novel while at the same time being an intelligent and well-researched book on Greek mythology. I really enjoy that it offers a new perspective on a familiar story. Patroclus is also a very relatable narrator and offers more nuanced commentary on the misogyny of Greek culture than we typically get from Greek myths. Overall it’s been an enjoyable novel and I would definitely recommend it to others.