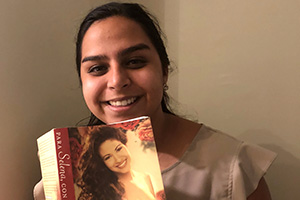 Para Selena, Con Amor is a memoir written by Chris Pérez about his late wife, Tejana singer Selena Quintanilla- Pérez. Para Selena, Con Amor translates to “to Selena with love.” Selena is known as the Queen of Tejano music who was tragically killed in 1995. Selena is one of the most iconic Mexican-American entertainers. In the memoir, Pérez talks about his relationship with and the life of Selena. Pérez was the lead guitarist in Selena’s band and slowly they fell in love. Eventually, the couple secretly eloped. Pérez in the memoir gives background of his secret relationship with Selena.

While Pérez’s memoir describes his life with Selena, the memoir also discusses issues of death and grief. The memoir was published almost twenty years after Selena’s death. Pérez explains that for a long time he wanted to keep his memories of Selena for himself. He talks about how his grief process led him to finally writing about Selena and how he felt healing in writing about Selena. Throughout the memoir, you can feel Pérez’s admiration for Selena’s immense talents and get to know Selena away from the spotlight.

This book was impactful for me because Selena is one of my idols. As a Latina, reading about a powerful Latina who took the music and fashion industry by storm gives me courage. Selena continues to influence the music industry today and getting to know her through the words of Pérez who knew her intimately brings her back to life for me