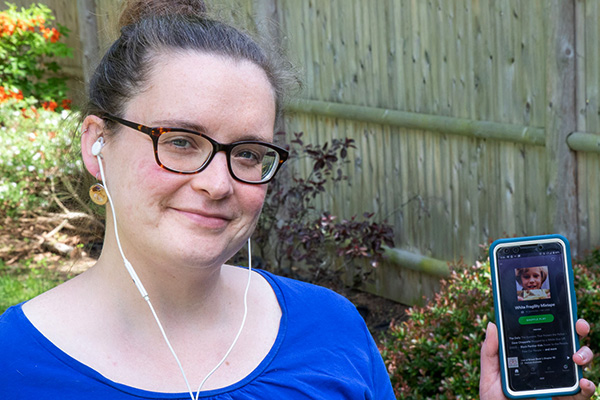 Following the recent, brutal murders of George Floyd, Breonna Taylor, Ahmaud Arbery, and Tony McDade, we are living through a moment of protest that I know many of us hope is a turning point in this country’s long history of violence against Black people. As a white person, I have so much to learn and a lot of listening to do, in addition to taking tangible anti-racist action. There are many wonderful resources available to help do this work, including those on the new Understanding Structural Racism and Its Effects resource page.

One resource I’m delving into is the White Fragility Mixtape created by Dirt, an arts collective. The mixtape is a collection of podcasts, music, comedy, and speeches “intended to serve as a resource to white people and/or anyone interested in deepening their own anti-racist work.” This playlist, which is still being added to, contains 37.5 hours of content. I most recently listened to one of the podcasts on the list – the May 31st episode of NPR’s Code Switch, “A Decade of Watching Black People Die.” In the episode, writer Jamil Smith reads from his 2015 article “What Does Seeing Black Men Die Do for You?”, in which he reflects on the place of video in cases of police brutality. Smith also discusses his thoughts on what has changed (and what hasn’t) in the last five years.

I’m someone who learns best from listening because audio holds my attention better than text. I also find that there is something about hearing stories and ideas as opposed to reading them that makes them feel more real and lends a sense of urgency – for me, it’s easier to look away from written text than it is to find the pause button. As white Americans, we’ve been looking away and hitting “pause” (or the snooze button) on racial injustice for over 400 years. Works like those found on the White Fragility Mixtape and elsewhere serve to illustrate why that is not okay.